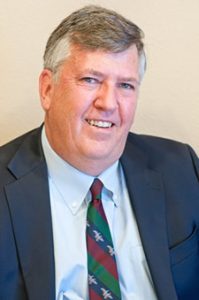 Michael Rosenauer began the practice of law in 1986 in Reno, Nevada as an Associate lawyer with the law firm of Vargas and Bartlett. After gaining experience over the following five years, he opened Michael A. Rosenauer, Ltd.  As a solo practitioner he continued to develop his trial skills completing both bench and jury trials in matters including both product defect issues as well as disagreements spawning commercial litigation.  His background in economics brought a change in focus to matters emphasizing the administration of trusts and estates.  Decedent’s issues, as well as those surrounding Guardianships, have supplanted his earlier emphasis and now consume the majority of his time.  His trial experience combined with his long representation of Trustees and Personal Representatives create the ability to assist fiduciaries in the efficient processing of guardianships, estates, and trusts.

Michael has represented Trustees, Executors, Administrators and Guardians in all manner of proceedings. He has defended claims brought by Creditors, brought actions on behalf of fiduciaries, and settled the division of assets among recalcitrant Beneficiaries. These matters have been brought in all manner of forums from mediation to State Court. He has also coordinated administrations across state lines involving multiple representatives and jurisdictions.

Michael is a native of Reno, leaving to attend the University of Colorado, Boulder where he finished in four years with a double major in Economics and History. He then attended Willamette University College of Law where he finished in 1986 claiming a position in the top 20% of his class. During his time in Salem, Oregon, he held various student offices including serving on the Ethics Committee.

Michael is rated by his peers in Martindale Hubble. He is admitted to practice before both the State and Federal Courts including the Ninth Circuit Court of Appeals and the United States Supreme Court.  His Nevada Supreme Court cases are published in the Nevada Reports. He also has been published in the Federal Supplement. He has lectured on issues focusing upon debt collection, and foreclosure, as well as probate matters. He is a member of the Nevada State Bar, Washoe County Bar Association, and Probate Bar Association.  He is also a Member of the Bruce Thompson Inn of the American Inns of Court having achieved the status of Master. He has been a volunteer member of the Nevada State Bar Fee Dispute Committee and serves as a Lawyer in the Library for the Washoe County Bar Association.

Having received his Far West Certification to teach skiing in 1978, Michael taught skiing in Vail while attending Boulder where he was among their youngest hires.  Upon his return, he served two terms as the youngest Commodore of the Tahoe Yacht Club and holds the position of Staff Commodore.  He is a KGO within the International Order of St. Hubertus where he  serves as its treasurer as well as treasurer of its Foundation. While his pilot’s license has lapsed, he continues to participate in the campaign of a Farr 36OD sailboat in both San Francisco and Lake Tahoe. Any spare time is spent hiking on the Sierra Crest, fly fishing, and skiing.